Included below are homes for sale and real estate in Marshfield, MA. Scroll to the bottom to check them out.

Marshfield is a beautiful seaside community with friendly people who love their town. It’s known for its beaches, emerging entertainment, restaurant scene, and welcoming, laid-back attitude.

Ranked the 6th safest community in the United States with a population over 25,000 people in 2019, Marshfield is located on the South Shore of Massachusetts. Boston is about a 30 minute drive away, depending on traffic. Or you can head south to Cape Cod in about the same amount of time for a nice getaway.

With 5 miles of sandy beaches to enjoy, Marshfield is a popular summer destination.

Rexhame Beach is a long, beautiful, and rocky beach with nice waves, plenty of water fun, and some surfing. It has a large parking lot, snack bar, restrooms and wheelchair access to the beach. Lifeguards are also on duty throughout the summer.

Green Harbor Beach (also known as Burke's Beach) is a lovely, sandy beach. It is situated behind a jetty which blocks most of the waves and keeps the water calm. Lifeguards are stationed there in the summer and there is a snack cart and port-a-potties at the entrance. It is also wheelchair accessible over the flat boardwalk. There are three town parking lots that serve Green Harbor, and paid parking is also available at the Green Harbor Lobster Pound, where you will find the best lobster roll around. The Green Harbor Bridge is also a favorite destination for those brave enough to jump into the water below during high tide.

Ocean’s Bluff, Marshfield’s third beach, is pretty popular with surfers, as it has the best breaks. It’s less enjoyable for those looking to sunbathe due to lack of sand and parking, but it’s perfect for those seeking water adventure. Fieldston, Sunrise, Brant Rock, Blackman's Point, and Blue Fish Cove are quieter beaches used mostly by the locals and guests. There is little public parking, and some of them only have accessible beaches during low tide.

In addition to the beaches, there are three rivers, North, South and Green Harbor, that provide lots of opportunities for recreational activities. Boating, kayaking and paddleboarding are just some of the things you can enjoy on a warm day.

Peter Igo Park has a great launching spot onto the South River for kayaks and canoes. And if you don’t have your own boat, you can rent them there as well. There are also plenty of other outdoor activities inside of the park, including tennis courts, pickleball tournaments, bocce, horseshoes, rowing, volleyball, basketball, and street hockey.

Another great launching spot for boats, kayaks and canoes is from Roht Marine on the North River. You can grab a bite to eat, bait up, and hit the water in your water craft of choice. You can also rent boats there for a lovely ride out to the Spit for an afternoon of relaxing in the sun. Be sure to keep an eye on the tides!

Marshfield also features many other fun and educational activities. You can golf at one of the 2 golf courses (one private and one public) in town. Take a walk and watch the wildlife at the Daniel Webster Wildlife Sanctuary, the Mass Audubon's North River Wildlife Sanctuary or 2 Mile Farm. Visit the Daniel Webster Estate and Heritage Center (part of the Historic Registry), then do a little shopping at many of the local shops. Be sure to not miss the Marshfield Hills General Store, owned by Steve Carrel, and the Green Harbor General Store for penny candy and other local items. Grab a beer at the Stellwagen Beer Company, Marshfield’s local micro brewery. Visit the Levitate Music Festival, one of New England's premier grassroots festivals, and check out the Levitate shop. Grab a taco at Rexicana next door when you’re done shopping. You can also charter a fishing boat and try your hand at catching a tuna. Plan to visit the Rodeo, the Marshfield Fair, or the Holiday Light Show. Bring the kids and try out the Marshfield Skate Park in the center of town, or the large playground right in Library Plaza.

Marshfield is made up of 8 Villages including Marshfield Center, Fieldston, Ocean Bluff, Rexhame, Brant Rock, Green Harbor, Marshfield Hills, and North Marshfield. The population is around 25,000 year round, but tourists and vacationers cause the town's population to nearly double from Memorial Day through Labor Day weekend.

Marshfield has a rich history. It was one of the early Pilgrim towns established by Edward Winslow, who became Governor of Plimouth Colony. He helped the Pilgrims by returning to England and bringing back cattle, which became a major industry for Marshfield for the next 300 years. Marshfield was known as a Tory town, sympathetic to the British, and the first arrest of a Tory on Washington's orders during the American Revolution was carried out at the Kenelm Winslow house in Marshfield. However, not all Marshfield residents were Loyalists, causing much division in the town. Some Marshfield residents had their own version of the Boston Tea Party at a location in Marshfield now called Tea Rock.

Commercial fishing was introduced in Marshfield in 1623 and the town continues to be one of busiest commercial headquarters in New England. Town Pier is home to Marshfield’s commercial harbor and is a great place to launch your boat from the public ramp. You can also fish there, or use it as a hangout spot to watch all of the activity. It is also home to the Harbormaster’s beautiful new facility and the Harbor Park, which features a beautiful, 0.8 mile walkway stretching along the edge of the marsh from the Town Pier to Harbor Park, the parking area for Brant Rock Beach, and Peter Igo Park. It is currently being extended to Green Harbor Marina and a spur connects it to the Brant Rock Esplanade.

As far as housing goes, Marshfield is a hidden gem on the South Shore. There are many types of housing to choose from. Through the main section of town, there are several condo choices:

Royal Dane offers 2 bedroom condo units and is closest to the highway.

Castle Green which has a pool, studio, one, and two bedroom condo options and is also close to the highway.

Edgewood Village is a smaller condo complex with one and two bedrooms also close to the highway.

Pilgrim Trail has a pool, one and two bedroom condos and is the closest to the Marshfield Center. There is access to shopping, the library, playground and skate park.

875 Ocean St. Condos is a mid rise building offering studio and one bedroom condo units with a beach just minutes away and the Esplanade.

Old Colony Landing offers condos and townhomes of all different sizes, with two and three bedroom options as well. It is close to the Marshfield Airport and closer to the beaches than most of the other condo/townhome options, except 875 Ocean St.

Old Stage Stop Village is a townhome community, built in 1973, but most of the units have seen total renovations. All are 2 bedrooms, but they also all have basements that many people have finished into additional living space. It has a pool and is close to the highway and Marshfield Center.

Proprietors Marketplace is a multi-use townhome community close to shopping, the Boys and Girls Club, Furnace Brook Middle School and Marshfield High School. With businesses at the ground level, and the 2 level townhomes above. They have 2-3 bedrooms, private elevator access, and a single car garage as well.

Marshfield also has several 55+ communities throughout town. They are all attached single-family homes with 2-3 bedrooms and a 1-2 car garage. They are mostly one level living, but many have a 2nd story for guests or an office, and most have basements for storage or additional living space. The newest development is at Highland Green, which is close to shopping, the Boys and Girls Club, Furnace Brook Middle School and Marshfield High School, as well as the soon to be completed dog park. Pudding Hill and The Seasons are close to the same area. Spyglass Landing and Peregrine Woods are located closer to the beaches in a more private setting.

If condos, townhomes or 55+ communities are not what you are looking for, Marshfield offers a plethora of homes across all 8 of it’s Villages! Everything from beach cottages to ocean front compounds in Fieldston, Ocean Bluff, Rexhame, Brant Rock or Green Harbor, or more traditional neighborhoods in the Marshfield Center or North Marshfield with Colonial, Cape, Split-Level and some Contemporary style homes. With so many options you are sure to find what you are looking for!

If you would like more information on any of these Marshfield real estate listings, just click on a property to access the full details. From there, you can request more information or schedule a tour. And we'd be happy to provide you with disclosures, past sales history, dates and prices of properties which have recently sold nearby, and more, so just let us know how we can help!

And, for your convenience, feel free to register for a free account to receive email alerts whenever new Marshfield listings come on the market that match your specific criteria. 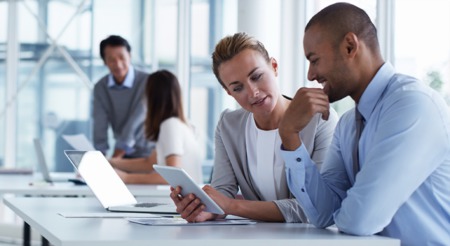